Tamalcalli: The Tamale Taco & Cerveza Stand, a Mexican restaurant featuring authentic tamales, tacos, burritos, tortas and a variety of Tex-Mex and Cali-Mex-style street food, announced it is holding a soft opening this week in the spot formerly occupied by TOPDOG Hot Dog Co. at 308 Main Street.

Tamalcalli is a family operation run by Mauricio Vargas Sr. and his wife, Elizabeth Vargas, and their children Mauricio Vargas Jr. and Mariel Vargas. Tamalcalli was originally a food truck most recently stationed at 7310 Cantrell Road in the Ducky’s Car Wash parking lot.

We spoke to Vargas Jr. in August. He said as far back as he can remember his parents, who are from Mexico City, were cooking tamales. Before opening a food truck they used to sell them at the River Market, he said.

“In Mexico City there’s a lot of eating on the streets, on the corners, a lot of taco stands and tamale stands,” Vargas Jr. said. “So all of our food is very traditional to the street food in Mexico.”

One of the Mexico City street food traditions Vargas Jr. plans to implement on the weekends at Tamacalli is late night hours.

“In Mexico when you go to a food stand the majority of the time it’s open ’til 3 in the morning and you just have so many options,” Vargas Jr. said. “Here in Little Rock you either go to McDonald’s or Waffle House and you’re there forever. I’m trying to push that to be different.” 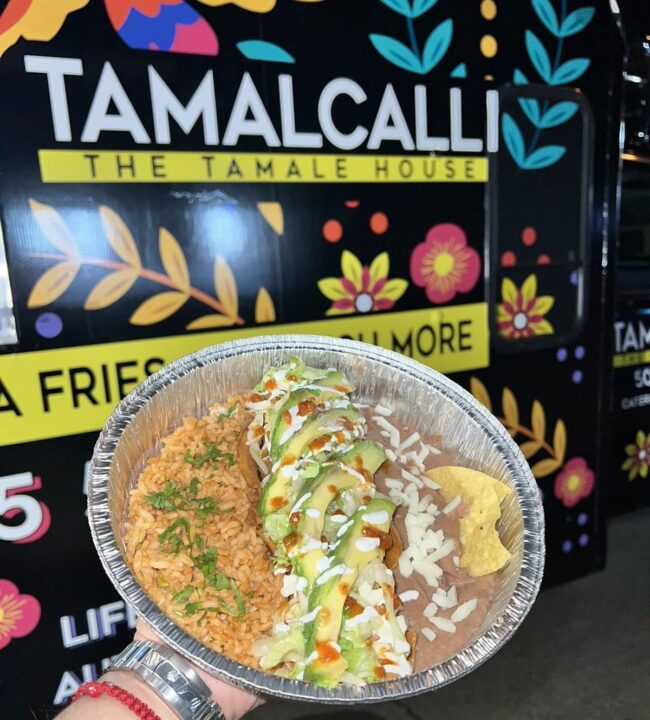 Queer Cookbooks for Every Home Chef on Your Shopping List

Why Jenna Bush Hager and her family eat...