The No-B.S. Guide to Getting Into Philly’s Busiest Restaurants

Everything we know about how to snag a table.

People in Philly can smell bullshit from a football field away, and if someone tells you they possess a foolproof way to get their butt into a seat at Zahav, you already know they’re lying. Making reservations is an art form — not a science. But if you ask the right questions, you’ll learn there are a couple of tricks to snagging reservations at the busiest restaurants in Philadelphia. So I asked around. I schmoozed. I gave Resy enough traffic from one IP address for them to get suspicious. And I did it all for the sake of your dinner. Below are my findings. Use these tips to secure a table at that fantastic restaurant you’ve been wanting to try. Best of luck, Philly. See you out there.

Zahav, Society Hill
If you’ve never once wondered, “How on earth do I get into Zahav?” then we don’t have much in common. When you email the Zahav team about a table, their response will tell you that this famous Israeli restaurant releases reservations on the first of the month at 11 a.m. for the entire next month (meaning, all of May is released on April 1st). It’s much easier to secure one if you already have your credit card and account information saved to Resy. But there are a few ways around that timeline if you’re willing to take a gamble on a bar seat. Sometimes Zahav releases bar spots a week in advance online, so you might be able to find something at 9 p.m. on a random Thursday. You can also join the Resy notify waitlist (cancellations tend to happen the week of dinner). Otherwise, a crew of dedicated people line up at 4:30 p.m. in front of the restaurant on a regular basis. Will you be one of them? That’s between you and your pomegranate lamb shoulder.

Royal Sushi & Izakaya, Queen Village
There are two ways to do dinner here. You can either sit at a booth in the main area of the restaurant for an izakaya-style Japanese meal. Or you can reconfigure your life like you’re a method actor starring in a film about making reservations and attempt to book a seat at their eight-seat sushi counter. Despite the deluxe nature of Royal’s omakase — 16 pieces of sushi for $165 — the counter has a ton of regulars. And, according to a friend who eats here frequently, many of those omakase regulars make reservations in-person with the host before they even leave the building after dinner. If you’re a plebeian like me and not yet a Royal regular, know that omakase reservations open 30 days in advance in the mornings for the rest of us. So wake up early or switch on a bunch of Resy notifications and accept your fate of dining at 10 p.m.

Fiorella, Bella Vista
Unless your kink is eating dinner at 4 p.m., it’s demoralizing to try to get a table at Fiorella in the Italian Market. The Vetri pasta spot releases their reservations 30 days in advance at 11 a.m. While they don’t hold any of the seats for walk-ins (the restaurant has limited seating since the space used to be an old butcher shop), a host once told me you can always call between noon and 3 p.m. and ask the staff how the waitlist is looking that evening. Alternatively, switch on the waitlist feature on Tock and hope for the best. I’ve seen the most reservations available on the covered and heated outdoor patio. So get a couple friends together and book one of their five-person spots outside — these seem to be easiest to snag ahead of time. 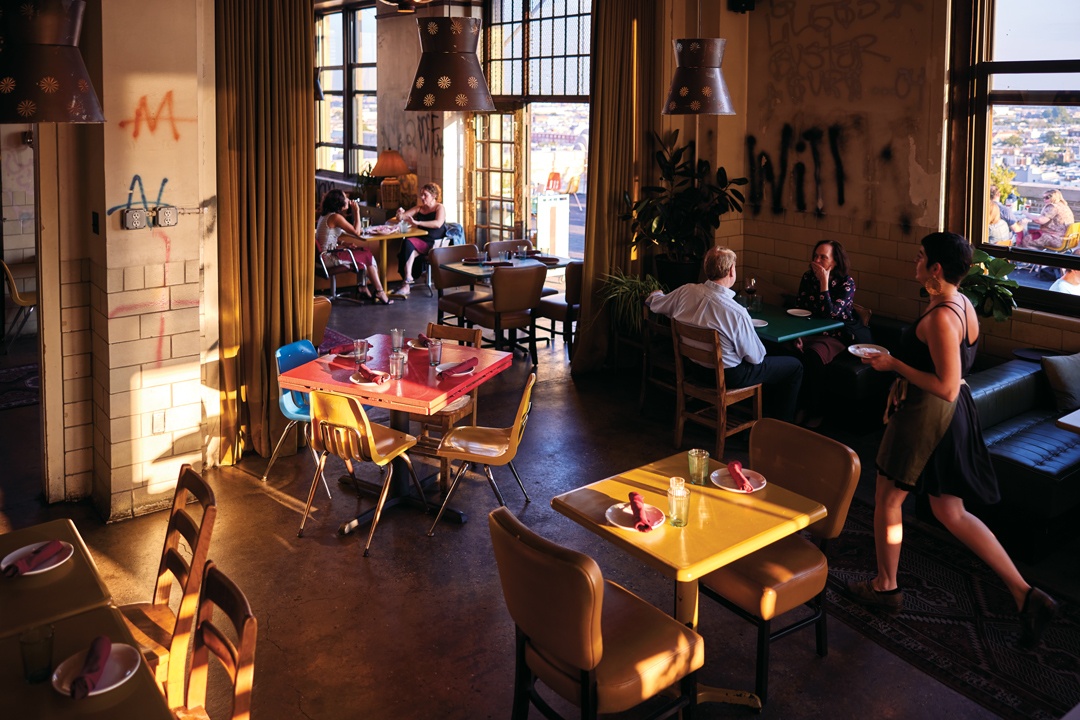 Irwin’s, South Philly
Irwin’s space isn’t new, but they got a serious Res-Ispa-themed makeover in 2021. Now the dining room fills up on weekends like they’re giving out free money and kittens. This Sicilian seafood-and-pasta spot on the eighth floor of the Bok Building releases reservations three weeks in advance. And if there’s nothing available for the date you have your heart set on, go on Resy notify and say a tiny prayer to the gods of rigatoni (or the gods of gnocchi sardi or no gods at all — you do you). In the warmer weather, you can always opt for a walk-in spot on their 30-person outdoor terrace, which is where the glam views live anyway. Call and inquire about walk-ins, and the host might tell you that Tuesdays and Wednesdays are best for securing a table, especially for a two-person party. You can also try phoning the restaurant an hour-ish before you want to come in and ask whether the dining room is as busy as the Broad Street line after a Sixers’ game.

Laser Wolf, Fishtown
Similar to Zahav, getting a table at Laser Wolf is a planner’s fantasy (or worst nightmare?). They release all of their reservations on the first of the month at 11 a.m. for the entire next month (meaning, all of September is released on August 1st). Get on Resy a few minutes before the fateful hour, move at carpal-tunnel-inducing speeds, and then rest your little thumbs while you dream of salatim. If long-term planning isn’t your style, waltz in for bar seats. The restaurant holds their bar area for walk-ins only on a first-come, first-served basis. Laser Wolf doesn’t add any names to their bar waitlist over the phone. So stop by the next time you’re feeling spontaneous in Fishtown, put your name down, and go drink at El Bar or Middle Child Clubhouse before you eat Yemenite potato salad, fluffy pita, and juicy chicken shishlik. For a Hail Mary option? Go bonkers with Resy notify – there are often cancellations the night of or the night before.

Her Place Supper Club, Rittenhouse
I won’t lie to you, there’s no way to hack this seating system. All you can do is pay attention to the next reservation release date listed in their Instagram bio. This BYOB spot feels like a dinner party at a friend’s house, and they serve a weekly changing menu. One trip here might involve a plate of bay scallops and leeks that look like a floral arrangement, and the next might show off lobster ravioli in sauce Americaine. Her Place Supper Club opens their reservation books every other Sunday at 6 p.m. on Tock, so plan accordingly. 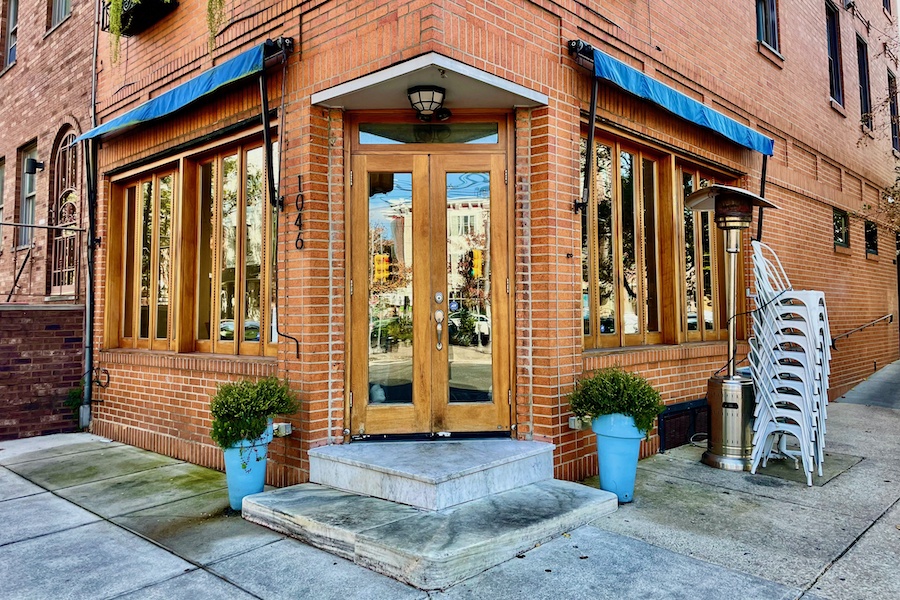 Mish Mish, East Passyunk
Mish Mish and Philly Mag have a cute history, but that doesn’t make it any easier for the Foobooz crew to book a table here on a Saturday so we can eat near-perfect plates of baby octopus with muhammara. But here’s a secret that’s only sort of a secret: This new Mediterranean restaurant holds their bar area for walk-ins. There are just a handful of bar spots available next to the open kitchen — picture a dollhouse-sized restaurant, only sexier and they serve orange wine — but come around 6 p.m., and sliding into a seat shouldn’t be an issue. You can always try to book on a Monday (when a bunch of other spots are closed in the neighborhood), in case you work in the restaurant industry or you proudly identify as a Monday night dining enthusiast.

Prunella, Midtown Village
Prunella is a brand-new pizza place from Michael Schulson. That string of nouns means last-minute reservations are difficult to come by. Prunella releases most of their spots on Resy, but there are always some held for walk-ins. I’ve found that calling at noon is the best way to get a table. Otherwise, stop by and put your name in on the waitlist, then have a drink at the bar while you kill time — or just ask for dinner at the bar, since they serve the full menu everywhere in the restaurant. After all, pizza tastes better at a bar than it does at a table.