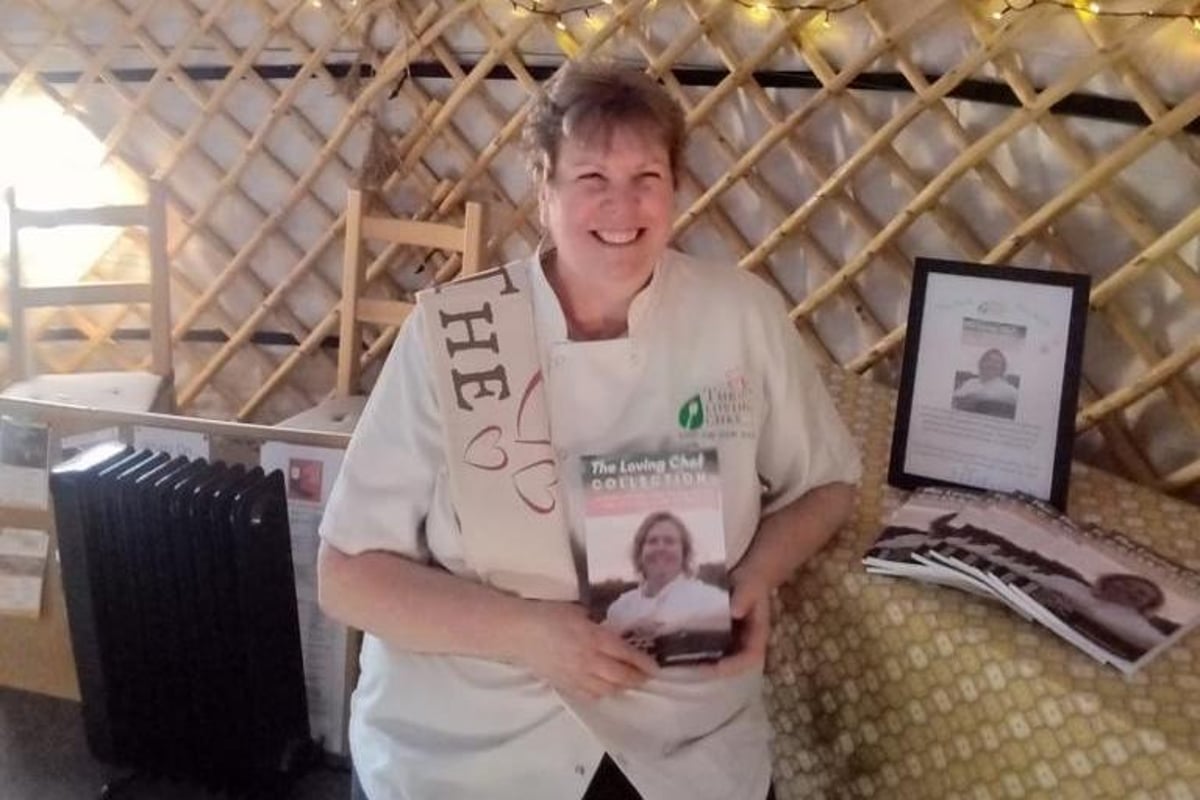 A chef from Northampton whose work with a community garden was praised in Parliament earlier this year is set to publish her first recipe book – focusing on vegan cuisine.

Natasha Caton, known as “The Loving Chef” was Michelin-trained in Cambridge, before studying at the Ecole Hoteliere Lausanne in Switzerland, widely renowned as the best hotel management school in the world.

For the last couple of years, Natasha has been honing her skills in vegan cuisine that nourishes bodies and souls, while moving towards a more sustainable diet for the planet as part of her work with Sol Haven.

Natasha with her new book in the Sol Haven yurt.

This community garden in Moulton hosts wellbeing projects, particularly for people who have experienced hardship and has delivered wellbeing events to over 500 people, including many vulnerable and homeless individuals.

In March this year, Natasha and partner Sammuel Yisrael (co-founder of Sol Haven with Natasha) were heralded as “Points Of Light” in Parliament and received a letter of commendation from the then prime minister, Boris Johnson, for their community work.

Her first book, “The Loving Chef Collection” has 31 quick and easy vegan recipes, backed with video resources, lovingly created for any time of the day and aims to get people starred on their own plant-based journey.

Natasha explains: “At Sol Haven, we’ve been focusing on plant-based cuisine for our guests for many years. This book is the culmination of this work and is based on the favourite recipes of our guests.

“Vegan cuisine is gaining in popularity, especially during “Veganuary” (January) where people often look at new lifestyle choices. The challenge for many people is that it seems complicated but that needn’t be the case. I’m hopeful that the book will inspire people to try plant-based cuisine, even if it is just to add some variety to their diet and to encourage them to experiment with a bit of confidence in the kitchen.’

“My Michelin training was a far cry from this but these recipes are not tricky. They are designed to make vegan cuisine as accessible as possible for everyone. I hope the book will bring as much joy to my readers as it has to me writing it.”

I Made You a Meal Plan